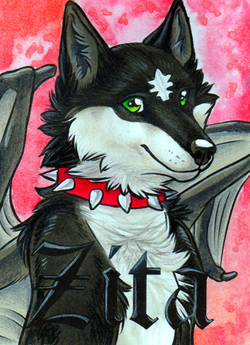 My character's name is Zita. I created her in 2007 during some free time in school.

Her name is also my artistic name and a nickname I am known with on the internet.
Artwork by Nyx & Sternengaukler 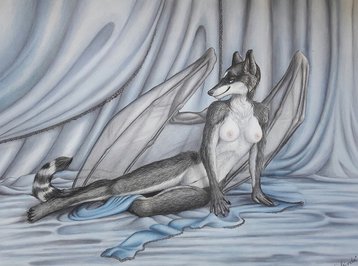 My character's main form is feral (walking on four legs), but she is anthropomorphic, means she can talk, use her paws like hands, etc. However it is possible to show her as Anthro (bipedal) too. As Anthro, I also sometimes put some red and black hair on her head, just like mine.

Zita represents me, it is not just a random roleplaying character. Zita is like a mirror of me. I had a lot of characters to represent me in the past, but Zita is the one I've been sticking with the longest.

I always had a very strong connection to dragons, even before I came in touch with the whole furry fandom-stuff. When I learned about wolves as a teenager, they quickly became one of my favorite animals which also made me draw them more. A friend of mine introduced me to cheetahs a while later, and I        Artwork by Schiraki
quickly realised that a mix from both of these animals would probably be best
for me. Still having the dragon mind, I decided to put some of this creature into my fursona, too. This is basically the story how my fursona came to be.

The black/white/red color combination is also a thing that had always been important to me.

Current character sheet: Zita in her main form (feral Cheetagon).
Bipedal anthro version is possible, depending on the situation. 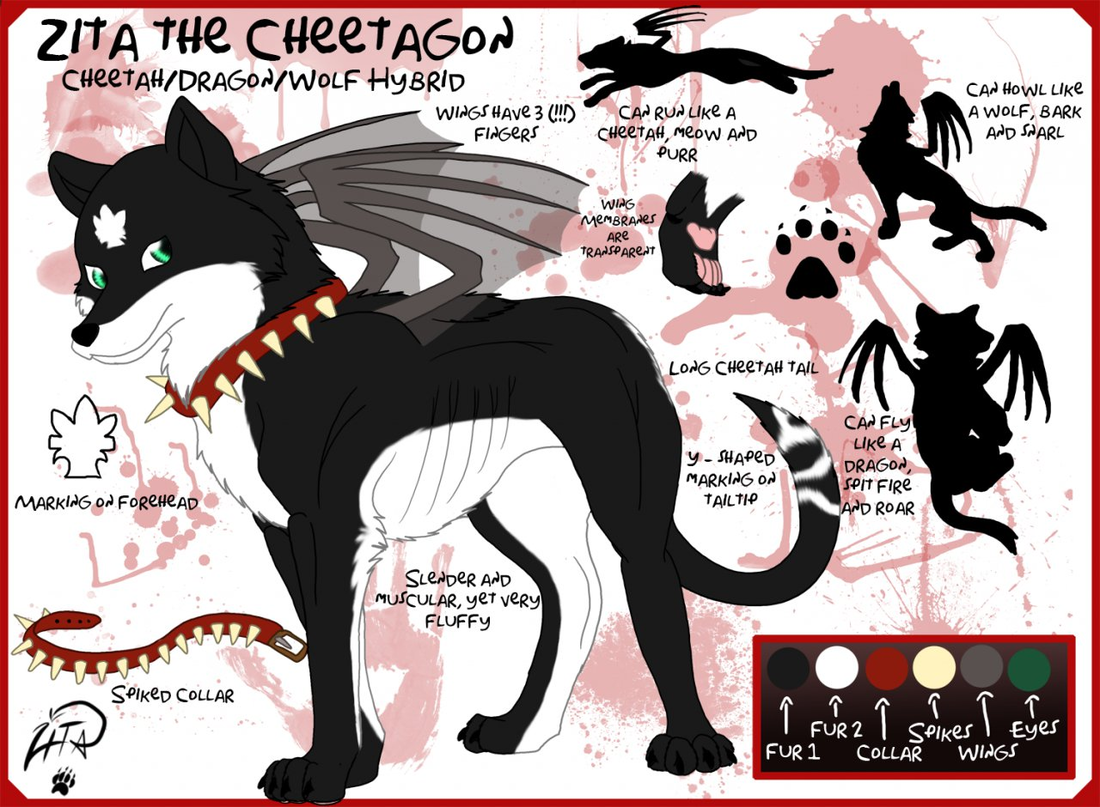 Current provisional sheet: Zita the King Cheetah
Bipedal anthro version is possible, depending on the situation. 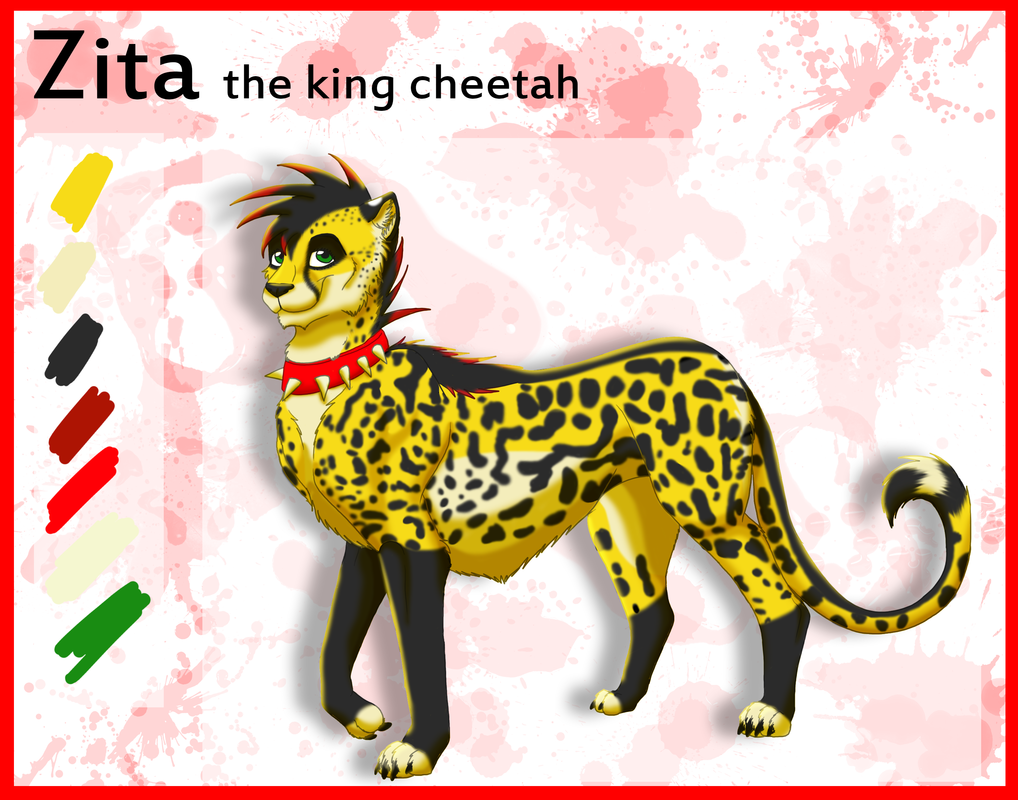